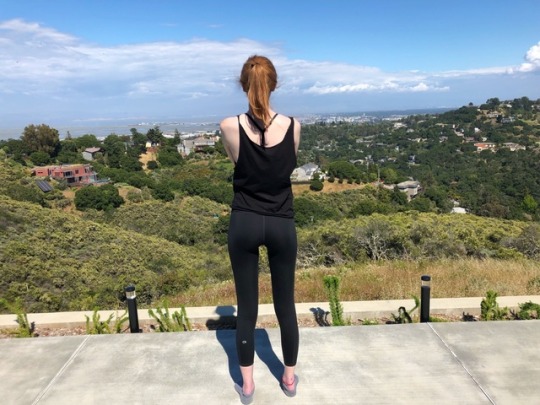 On June 12, 2016, I graduated from the University of Oregon with a degree in Journalism: Public Relations. In another 4 days, I was going to be moving to the City of Angels for a summer internship at a publishing house. I was feeling good and it felt like my life was set in stone. I’d work in publishing, find some gigs as a writer, and spend the rest of my days behind a desk. I had this degree, after all.

If you’ve read a single sentence of this blog these past 3 years, you know that things didn’t exactly go according to plan (read: horribly, disastrously wrong). I’ve wasted enough previous breath talking about it, you all know the sordid tale.

However, in the last few months, I managed to do a complete and utter 180.

Similar to the feeling I had when I told my senior portfolio interviewer I didn’t want to work in PR because I didn’t give a shit what other people thought, I decided to drop everything and become certified as a yoga instructor. Yes, you read that right. I’m working part-time at a high-end gym and have just received word that I passed my yoga certification exam: a complete change from everything I’ve done or thought I would do up until this point.

The last straw was this past January-February, when I spent 4 weeks as a file clerk at a law firm. Their system made zero sense and we were somehow expected to complete a massive amount of work without ever working overtime, which resulted in working unpaid through our lunch breaks. After leaving, I realized two things: 1) I was sick of mediocre desk jobs and 2) If I continued the way I was going, I was going to hate the rest of my life.

So, I signed up for a 3-month yoga teaching certification program. It was an awesome studio with amazing individuals. I learned more than I could imagine about myself, my consciousness, and the importance of being grounded. For the first time in forever, I had a purpose. I had a goal.

Back in October, the company I’d been at for over a year restructured and let the whole staff go. Being unemployed is never fun, and the job application process is always incredibly frustrating. Lots of bad feelings about not being good enough.

Speaking of not being good enough, I went through a couple short-lived relationships (and subsequent breakups) this year. One was last July, it was me who ended it, and he did nothing wrong. Shortly afterwards, I reunited with an old crush from when I was 17- and the sparks flew like nothing I’d ever felt. We had that stupid, cant-even-breathe-without-you fairy tale for a couple months… until he, out of the blue, decided he couldn’t be in a relationship in order to focus on his music career. Of all the disappointing men that have run through my life, he let me down the most. I’ll miss him until the day I die, but I reserve the right to be resentful.

Throughout January and April, I entered a relationship I was never truly emotionally invested in with someone I’ll describe as Ted Kacynzski Junior. There’s only so many anti-socialist libertarian rants a girl can take. I ended that one over the phone- and didn’t feel a thing. Guess I never cared to begin with. I DO miss his dogs, though. They were the best.

Also, I MADE A SHOP FOR ALL MY GRAPHIC DESIGNS!!!! They can be found here and here.

I’m more comfortable with myself then I’ve ever been, and I hope that never goes away.